Here lies the Arbys Secret Menu in all of its glory. But first, let us tell you about where Arby's started so that you can see where Arby's secret menu got its start. Brothers Leroy and Forrest Raffel began slicing roast beef back in 1964 at their sandwich shop in Boardman, Ohio. The brothers were restaurant supply salesman, but after standing in line one night to try a roast beef sandwich being offered by a local deli for under a dollar they decided it was time to open their own establishment. They were the first to provide an alternative to the already established fast food burgers. They served roast beef sandwiches, potato chips and drinks. That was their entire menu for a year and it was a hit. The following year they began franchising and continued to grow from there. Through the years they have added Market Sandwiches, Wraps and Salads to the menu and in 2012 they even began slicing turkey right in their restaurants along with their famous roast beef.

But did you know that there is a secret menu at Arbys? Most people don't, but we're here to share their secrets of additional menu items that can be ordered and enjoyed at most Arbys restaurants. So, there's plenty to enjoy on both the Arby's regular menu and now on their secret menu. But at Arbys, the classic Roast Beef sandwich with which it all began still remains their top seller.

Is there an Arbys Secret Menu? The answer to this question is not an easy one, it's both a yes and a no. Arby's franchises owned by DRM, Inc. in Illinois, Iowa, Nebraska, and Wisconsin have their own list of secret menu items, with the Meat Mountain headlining the list of secret menu items. However, Arby's Restaurant Group, Inc. hasn't officially recognized a secret menu. The takeaway is that, while officially the secret menu is not sponsored, you can successfully order off the Arby's Secret Menu that #HackTheMenu has shared with you.

Be Kind to the Server: It is not an employee's job to know each of these orders. Although, due to the popularity of the Arby's secret menu, they most likely know of these orders. In case you run into a server who hasn't heard of these secret menu items, stay calm and follow the steps we have provided in our "How to Order" feature. In our experience, the servers are happy to get a secret menu order as it provides a little diversity in their standard menu day. All you need to do is tell them the secret! At #HackTheMenu we have your back, we want you to taste the secret tastes and will help you every step of the way, which includes all the secrets and information you need. So go out there and order with confidence, it's time for you to start enjoying what all of us have been enjoying for years, the Arby's Secret Menu!

What Customers Say About the Arby's Secret Menu

"I have been going to Arby's for years, but I never knew they had a secret menu. I can't believe I've never heard of these sandwiches, Arby's is my favorite fast food restaurant. I'm definitely going to try the Meat Mountain this weekend!"

My girlfriend and I always order off the secret menu thanks to #HackTheMenu. Our favorites are the Bacon Beef 'n Cheddar as well as the French Dip Max. The extra meat makes Arby's that much better."

"We Have The Meats"

Arby's was founded in 1964 by Leroy and Forrest Raffel in Ohio. They believed that there was a market opportunity for fast food other than hamburgers. They chose the name Arby's based off of R.B., the initials of Raffel Brothers.

Arby's was founded in Boardman, Ohio in 1964. They began to expand rapidly since then, becoming the second largest sandwich restaurant, with 3,395 locations worldwide.

Arby's initially served only roast beef sandwiches, potato chips, and soft drinks. During the 1970s, several menu items were created such as the Curly Fries, Jamocha shakes, Arby's Sauce, Horsey Sauce, and the Beef 'n Cheddar sandwich. In 1981, they added chicken to their menu. In 1991, Arby's became the first fast food restaurant to offere a complete "lite" menu with several sandwiches and salads under 300 calories. 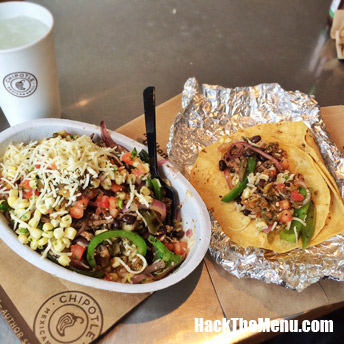