[dropcap style=”book”]M[/dropcap]cDonald’s began back in 1940 as a drive-in car-hop restaurant created by Dick and Mac McDonald. They soon narrowed down the McDonalds menu and became famous for their 15 cent burgers. In 1949 they replaced the potato chips on the menu with french fries and then in 1954 they were visited by a multi-mixer salesman named Ray Kroc who was so impressed with the effectiveness of the restaurant that he pitched franchising ideas to the brothers. By becoming McDonalds franchising agent he helped them to grow beyond belief. In 1955 he founded McDonalds corporation and five years later bought the exclusive rights to their name. His motto was simple “Quality, Service, Cleanliness and Value”. They did one thing, burgers and fries, and did them right. The drive-through began in Arizona as a way to serve the military who were not allowed out of their car in uniform. In 1962 they began introducing restaurant seating and in 1967 they began to go international – now they are in 119 countries! In 1979 they introduced the Happy Meal and dinner out with the kids would never be the same. They still have the basic hamburger on the menu along with a few other items for $1. But are they keeping any secrets? Yes, McDonalds menu also includes a secret menu. Check out McDonalds secret menu with the button below.

All Your McDonalds Menu Information 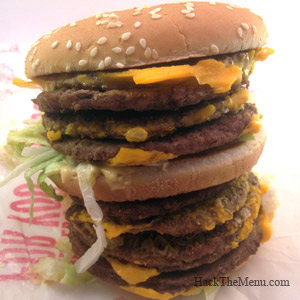 [adsense4] For more information about this fast food chain, visit the McDonalds website.

What Customers Say About the McDonalds Menu

Leave a reply Click here to cancel the reply